Where To Buy Custom Essays?

There are times when our mind goes blank to write essays even how smart we are. When that occurs, it isn't too bad to get some help. Instead of forcing your brain, why not look for a site that offers custom essay writing services. There are many sites where you can buy custom essays. One site that you must run to when in need of this service is http://buyessay.org/write-my-paper.html because they offer professionally written custom essays at affordable prices.
on July 30, 2012 No comments: Links to this post

We, the three Chies are busy planning for our Mama's little birthday party. We already talked about each contribution to the plan. I will contribute two desserts, spaghetti and macaroni salad. Cheem will contribute five kilos of pork meat and Cheep will contribute a special birthday cake for mom. Mama hopes to have a Mañanita or moning serenade for her birthday. So the little birthday party we have in mind for her will take place in her house early morning this coming Thursday. She will be serenaded by a choir from the church there and a sumptuous breakfast will then follow. I hope we will be able to make it happen. 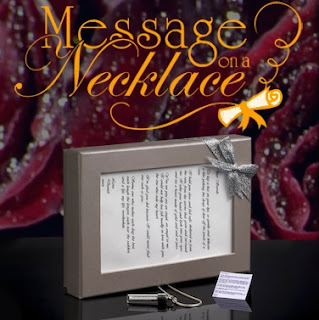 Now that we have that little birthday party planned, now each of us are thinking of a unique present for mama. It would not be too costly but from the heart. We would like to give her personalized presents. There is one thing that I've been having in mind, it is a one-of-a-kind gift, something that I have not yet given to her - a message on a necklace gift set. I can write a personal message to her on a little note placed inside the necklace's pendant and there it is, a unique, personalized and from the hard present.
on July 29, 2012 9 comments: Links to this post

There's a lot of things going on with the three Chies lately but only a few were shared here. The absence of my computers for more than a month now sure had kept me away from writing updates about us here, the three sisters, who are the skeletons of this blog. Some readers do not give a damn about us, I know, but to those who care, they sure want to know what's going on with the little sissies here in this corner in the blog land. I take joy in sharing updates about us and I would like to share today about Cheem.

Yes, Cheem's with Budoy. Oh no! Not the "Gerald Anderson" one but the "Daryl" one who's present in the picture above. Budoy (Daryl in real name) is Cheem's new boyfriend who is three years her junior. Baby boy, she calls him but he acts a lot more mature than she does. I don't know their whole love story or how they've started hooking up but whoever my sister loves, we respect. There is one thing that we are so fond about this new boyfriend of Cheem, the nickame Budoy! Since we learned about that nickname, we would burst into laughter whenever it is mentioned. If you've seen the Philippine TV series "Budoy", you would understand. We then started calling Cheem as "Buday".

I would like to share this to 366 Blog Photo Challenge, which is now on its 199th day hosted by Jhey Lo over at Tips and Experiences.
on July 18, 2012 5 comments: Links to this post

Email ThisBlogThis!Share to TwitterShare to FacebookShare to Pinterest
Labels: girls talk, The 3chies

Secrets to Standing Out at Your Next Trade Show

When it comes to a trade show, it’s critical that your stand is the one people look at first. There’s so much competition in the room that making an impact is difficult. By designing the stand correctly, all the competition will be blown away and that’s why these secrets to helping you unlock your stand’s true potential are here.

There’s no point designing a stand that’s not directed towards your target audience. Take a look at what you are advertising and ascertain who is going to be the most interested in it. If there’s a stand about a new sports car, for example, then the boy racers and big spenders are going to be looking at it. That’s why it has to look streamlined, like the car, relatively simple and to the point, and dynamic. Your stand should match the attributes your product is radiating.

Begin all stands by getting a printer who offers large format printing to produce the company name in massive letters. This should be right at the top and should be what people read before doing anything else. Get it laminated, position it correctly, and ultimately make it visible.

After this, it’s now time to get into why people should waste their time on you. Two simple sentences, at the very most, should sum you up. If you are a company that deals in window fitting, to give an example, then it should say something like: “Making windows shine and people smile with our high quality fitters and low prices for the last 10 years.”

Then you should be listing the benefits. Have them printed in large print so that people know all about them straight away. Don’t ramble on, just print them as they are. Remember, the time for going into detail is when people are actually talking to you. This is just the hook.

If you are looking to get some large format printing done then ease up on how much you actually get. Don’t try and plaster the whole place in your propaganda. Keep it simple, keep it short, and keep it sweet. And this should apply to everything you give your potential customers at the show. Most trade shows will include leaflets and posters as part of their displays. Make sure these are as simple as the stand itself. The last thing you want is somebody to get bored whilst reading.


Prospects Not the Public


The public are not your main audience here. Just because something attracts the public doesn’t mean it will attract qualified prospects at a trade show. They know what to look out for and they won’t fall for such basic marketing ploys. Attract the prospects for now and leave the public at home. This means you shouldn’t be afraid of using some jargon on occasion with your displays. Of course, it’s wise to still keep it to a minimum, but there’s a difference between the public and your potential new customers at trade shows.


About the author: Carl Barber has been organizing exhibitions and trade shows in the Southern States for more than twenty years.
on July 18, 2012 No comments: Links to this post

Are you planning for an outdoor getaway? Outdoor activities are always fun whatever the season may be or for whatever climate the weather is up to. Outdoor is a lot more fun when family or friends are tagged along. Imagine having a fun conversation with many of your friends and family while taking the climb up the rocks to the mountain top, while fanning the barbecue grill for a sumptuous lunch at the beach and while competing with surf boards and the waves or even while fishing at the lake. Fun is beyond imaginable, it is, for that outdoor moment is yours to enjoy all the beauty that nature offers.

Leave all the hassles and bustles of your real world, leave the pens and papers behind your offer door and gather your loved-ones together for a day or two of fun outdoor adventure. Might as well use that outdoor moments to spend quality times with the important persons in your life. Before leaving on a jet plane though to your chosen destination of your outdoor adventure, make sure the complete and proper outdoor clothing and gears are packed in your luggage. You can make a quick purchase at castleberg outdoors, a reliable online shop for all your quality branded outoutdoor gear and clothing needs. It pays to be ready and right when it comes to outdoor stuffs.
on July 16, 2012 1 comment: Links to this post

Bored at the apartment, Cheem and I paid Cheep a surprise visit at her boarding house one night. It was around midnight, Cheep was already half sleep before she opened her room's door for us. What bad big sisters we were waking up the little sis in her way to a good night sleep yet the latter was thankful for our visit. She had no class the next day, that's why. We stayed there at cheep's for a while gossiping then later we thought of putting make-ups on and our sunglasses for some photo shots. There went our sunglasses bonding.
on July 08, 2012 No comments: Links to this post