Hooked on Mary Me Marry or Jang Geun Suk?

My little sisters are not huge buffs of Korean and Taiwanese dramas; I am. There were only few Asian dramas that made us three gathered together in front the TV and those were Boys over Flowers (we are huge fans), Secret Garden and Playful Kiss. Well me, if there is a term that could describe a person’s addiction that is beyond addiction, it could describe me for I can stay up more than 48 hours just to finish a single drama online. I don’t like it when I am left hanging and guessing what’s going to happen next in a drama I am watching. 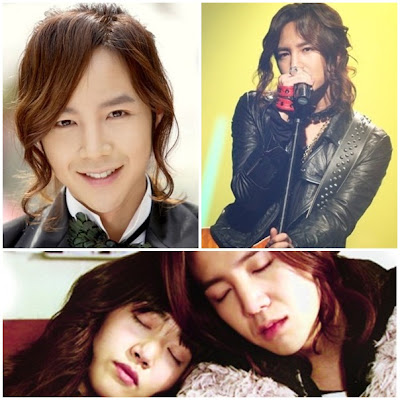 Today, I am surprised the three of us plus Cheem’s friend Karen sit together in front the TV watching a Korean drama. What’s more surprising is that Cheem was the one who bought the dramas. Cheem, when it comes to watching Asian dramas, she is always the first one to get off the couch meaning she’s bored. So her coming home today with copies of Asian dramas, the bootleg ones she bought from a random street stand was rather a big surprise. She bought two, Mary Goes Out at Night/Marry Me Mary and Down with Love.
We watched first the Mary Goes Out at Night or Mary Me Marry and for eight hours we were all pasted on our seats. We were hooked...on Jang Geun Suk, the lead male (to be honest)! We only get off to pee and to drink water. Even I who had already seen the whole drama remained on my seat just to enjoy the moment with sisters. After eight hours, they decided to stop and will just resume watching tomorrow for their eyes got watery. Since I’ve finished watching the drama, it was no big deal.
on November 22, 2011

Email ThisBlogThis!Share to TwitterShare to FacebookShare to Pinterest
Labels: celebs|showbiz, dramas and shows, The 3chies