Cheem and Her Boyfriend's Break Up

My younger sister Cheem had broken up with her ex-boyfriend. It is already a known fact to me. It is one of the main reasons why she’s staying with me in my new apartment with dad. She’s kind of mad with mom because I heard mom played a big role in breaking the relationship of them two. I understand mom’s reason though for doing such thing. Mom dislikes the guy for being a lazy man who does nothing everyday but stays home, sleeps and eats. 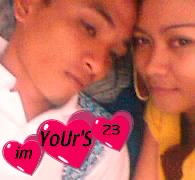 True, it’s a big turn off for a parent especially when your daughter’s boyfriend is staying in your house draining not just your food but your patience. What a nice life he got. I started accepting him to the family but mom couldn’t just stand feeding a lazy guy. And dad, who usually don’t say anything and just chose to go with the flow, had even spoken up his disappointment.

Cheem, all along has suffered from the break up. I thought it was alright for she managed to show us a happy face. If I hadn’t checked her Facebook wall yesterday, I wouldn’t know her ex has still been contacting her and that she had a fight with the new girlfriend over at the said social networking site. I am so proud of her for being strong and for accepting the break up. I know she’ll soon recover from it and totally move on.
on November 01, 2011

Email ThisBlogThis!Share to TwitterShare to FacebookShare to Pinterest
Labels: The 3chies