F4 Fever Is Back

Yes! The Flower Four fever is back and this time, the fever is brought by the Korean Flowers with their Korean TV series on ABS-CBN entitled “Boys over Flowers”. It brings more fun and excitement especially to the teens. The three Chies are actually suffering the fever right now. Yes, the 3 Chies, meaning it includes me. I am not a teenager but I can’t believe I still giggle and scream with excitement together with my sisters just because of this teen show, just like before, way back in 2001-2003 with “Meteor Garden”. Oh my, I exactly feel like a teenager for two weeks now. I thought I have already overcome the F4 fever but I was wrong.

Boy over Flowers is the Korean drama adaptation of the Japanese manga entitled “Hana Yori Dango” corresponding to the Taiwanese drama, Meteor Garden (aired on ABS-CBN) and the Japanese TV series, Hana Yori Dango. The story runs in the life of a middle-class girl, Geum Jan Di who was given a special scholarship to study in the prestigious Shinhwa high school after saving the life of a student who was about to commit suicide after receiving a red card from the F4. The F4 consists of four handsome, rich and famous boys namely:


Goo Jun Pyo: The hot-headed leader of F4 and the heir of the largest conglomerate in Korea. Being a son of a rich and famous family, he has gone through kidnappings and terror attempts. He is a master of martial arts and self defense skills except swimming. He falls in love with Geum Jan Di who reminds him of his older sister.


Yoon Ji Hoo: The grandson of the former President in Korea, a calm and soft-spoken boy who loves to play violin and some of the musical instruments. He is the heir of Su-am Cultural Foundation, Art Center, and Orchestra.


So Yi Jung: The playboy among the group who always flirts with girls. He is a reputed potter; from a family of well-known artists who own an art gallery exhibiting national treasures.


Song Woo Bin: The kindest and most mature F4 member. His tastes for girls are more likely towards older women. His family owns a giant real estate business throughout the country.
on May 20, 2009 1 comment: Links to this post

Email ThisBlogThis!Share to TwitterShare to FacebookShare to Pinterest
Labels: celebs|showbiz

My bet, Sandra Inez Seifert won the Miss Philippines Earth 2009 competition that was aired on ABS-CBN yesterday night, May 10, 2009 at The Araneta Entertainment and Recreational Center of the People in San Juan City. It was presented by the lovely lovers in real life, Nikki Gil and Billy Crawford. 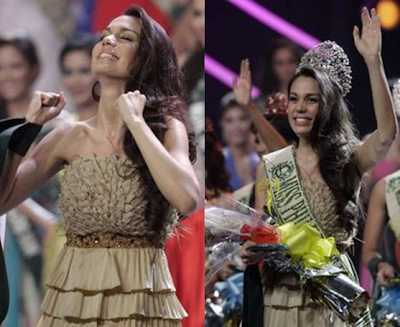 Sandra Inez Seifert’s beauty stood out among the fifty contestants who wanted to be the successor of the Miss Philippines Earth 2008, Karla Henry. To those who do not know, Sandra was disqualified by Binibining Pilipinas just this year because of posing daring pictures for FHM. She was actually the 13th candidate in Bb. Pilipinas 2009 and unfortunately received a letter of disqualification. Well, I can say it was a blessing in disguise because she is now a crowned queen of mother earth. Sandra, a fruit of a German father and a Filipina mother, represents her own province, Negros Occidental located in the Western Visayas Region. The brainy, nature lover and beautiful Sandra truly is her province pride. Rock on Sandra!

*
Thank You First Commentator
Survivor: the Reality of my Life
on May 12, 2009 2 comments: Links to this post 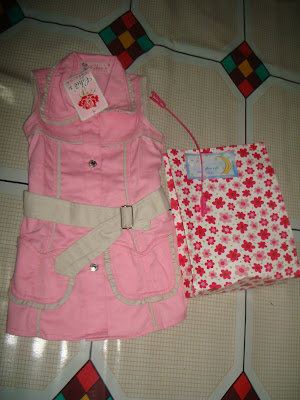 I would like to great you all a Happy Pink Friday and advance Happy Mother’s day to all moms out there. It is Pink Fridays’ time and my pink stuffs for today are the pink dress that I got for my goddaughter as a gift to her first birthday with matching pink gift bag. I wish you all enjoy your Friday.
If you are a pink lover, you can join us posting pink stuffs you have, you captured, you like and you love at Pink Fridays.
on May 08, 2009 1 comment: Links to this post

Do You Have The Guts? 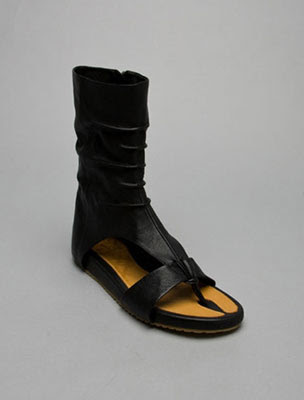 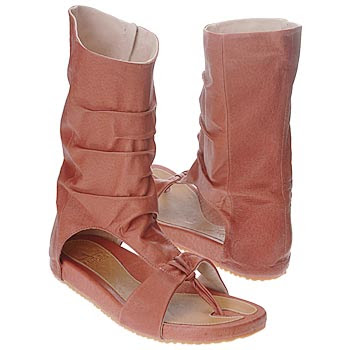 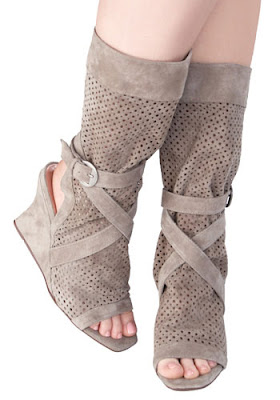 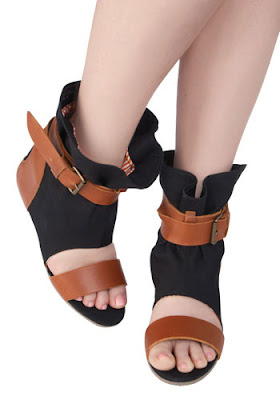 Here are some more bootie sandals.

Email ThisBlogThis!Share to TwitterShare to FacebookShare to Pinterest
Labels: footwear

To all pink lovers, there is a pink summer blog contest hosted by My Pink Shoelace . This contest is open to anybody from anywhere in the world as long as you have a blog and you know how to read and leave comments to Miss Pink Shoelace's posts. Check out the prizes below, you'll surely fall in love with these pretty pink major prizes. This contest will end this May 31 so head on to Pink Shoelace page now for more information on how to join.


MPS Cirle of Friends : Do visit them.
Doi of Doi Speaks
Weng of My Sonatas
Bena of Bena-yot Fabulously Cheap and Chic
Michy of Days Under The Sun
Eds of Soloflight Ed
Lily of Pretty Firefly
Chocorico of Live Love Laugh and Fly
Rowena of My Restless Feet
Prizes:

2nd Prize: A wrist watch courtesy of Michy of Days Under The Sun
3,000 entrepoints from Bena: Fabulously Cheap and Chic!

4th Prize: A My Pink Shoelace cellphone dangle and 1 Keychain from Singapore (Taking it from the souvenir box of my travel.)
1,000 entrepoints from Chocorico of Live Love Laugh and Fly
500 entrepoints courtesy of My Sonatas

Email ThisBlogThis!Share to TwitterShare to FacebookShare to Pinterest
Labels: contests|giveaways

It’s Pink Fridays once again and it’s getting late here now in Philippines. I am afraid I am posting my entry late again. Oh well, it’s not new to me but at least I am not totally neglecting this blog. I really didn’t feel like blogging today, actually since yesterday but since I have nothing to do here right now, I just thought of just participating today’s meme. Besides, I want to get my mind away from thinking sad thoughts. 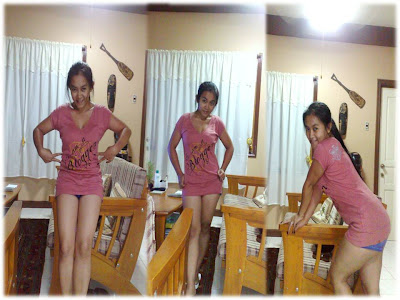 Back to pink Friday, I was looking around the house for something pink so I can post something pink for today’s Pink Friday. I remember that I tried my blogger shirt on when it arrived I gues a week ago and the photos were already transferred here in my computer. The shirt or blouse is kind of pink. It just have a little shade of pale brown or dirty pink but for sure it can be counted in the Pink family. So, I thought of just posting those pictures of me in my blogger shirt for today's Pink Fridays.

This blogger shirt is quite long for me, I can actually wear this like a mini dress. I can as well pair it with leggings, skinny jeans and even khakis.

Please join us in Pink Fridays and have fun. Click here for info.
on May 02, 2009 No comments: Links to this post

I got an award from sis Grace of My World and Family Inspiration. Thank you so much sis for remembering me everytime you receive tags and awards. It helps a lot in making this blog alive. Thanks again sis. 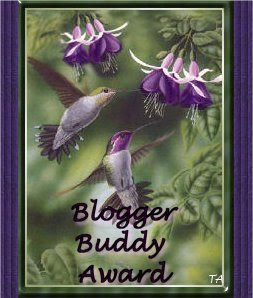 I would like to pass this award to my dear co-bloggers and buddies: Rosemarie's Designs and Scrap LO-the designer of this blog, Rosa Loves, Forgetful Princess, Pink Thoughts, Lisgoldmemoir, D-Anjhel's, and to a new friend, Weng.
*
Thank You First Commentator
Lisgoldmemoir
on May 01, 2009 5 comments: Links to this post